Fear of moving because of pain

Many doctors and physios have lectured me about the importance of not being afraid to move. Kinesiophobia. Being so afraid of the pain that movement might cause that you stop moving.

They launch into their explanations before they've found out anything about me. When I point out that I'm a dancer, and dance both in and out of my chair, there tends to be a pause as if their reality had just been shifted sideways.

For me, movement is a key management technique. It's how I realign some joints, how I stretch tight muscles, how I build strength and control (which has reduced my pain long term), how I ease the pain from joints held in one position for too long.

So in my head, this 'fear of movement' was so totally irrelevant to me.

I did something to my back muscles. Probably pulled them. If I don't move it's OK. If I move, sometimes it's OK...and sometimes the pain hits me like a red hot poker. It's familiar pain, and not indicative of anything more serious than 'I annoyed my back muscles'.

But it's got me thinking about fear of movement. It wasn't too bad this morning, but over the day it's not so much that the pain is worse - more that it's tiring and horrible and "please no...not again. I can't handle this". If I'm in a position which doesn't hurt: I don't want to move. Not through any irrational fear. But because although if I'm lucky I might not hurt when I move, there's a good chance it'll hurt enough to stop me breathing and make me want to hurl for a second or two before slowly dying down again.

On the other hand, I know that if I don't move it won't just be my back that gets worse, it'll be all of me that worsens. So I've been moving regularly, and using heat packs and gentle stretching. It's manageable. But I still get those knee-melting twinges.

I can do relaxed movement fairly well until it shouts. Then I have to bring out every bit of self control to gently keep going while the pain fades again (and get through however many more twinges that  movement might bring). Trying not to tense up in anticipation because that will make it even worse. It's not easy.

I think perhaps I'm allowed to feel afraid of this pain. To want to avoid that sickening stab. However, I can't afford to let that fear stop me moving!

So yep. Right now I feel a bit afraid of moving. It'll pass. And it won't stop me moving (sensibly).

As I sit here with a heated blanket on my back, about to do some more stretches, I can't help wondering whether all those lectures could have been more helpful if they approached it from another angle.

What if, instead of telling me I must not be afraid of pain, they had given me space to have a bit of sensible fear, and focused instead on 'how to keep moving despite the understandable fear'? 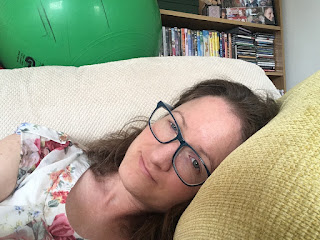 When you remember how different your normal is...

I do know that my normal is different to most people's. But it is so normal to me that I forget. The other day I was chatting to someone who's been working alongside me at the Hypermobility Syndromes Association  for the past few years. They commented that when they first got involved with the HMSA and watched a recording of my patient perspective talk , they were shocked at the symptoms I live with. And it...well....I suppose their shock shocked me.  These symptoms are my normal. They've built slowly over time. My life has evolved so that it works with my symptom patterns and management needs.  I don't consciously think about my symptom management as an issue very often - like most people don't consciously think about the effort of having to put their shoes on before leaving the house. It's just something that you have to do as a routine part of normal, it might be inconvenient or take up time, but it is still unremarkable routine. I have a life I can live that 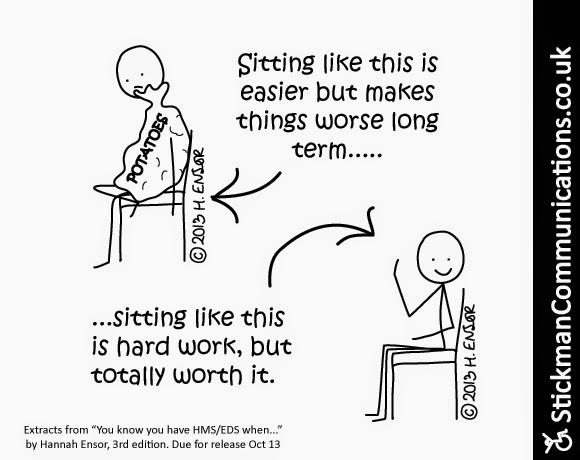 I've noticed this discussion recently on social media. The problem is that there is a difference between 'a progressive condition' and 'a condition which can cause progressive levels of disability'. With the former, deterioration is inevitable. It will happen in every case. In the latter, it will happen in some cases. With hypermobility type Ehlers Danlos Syndromes (which many experts consider as the same as JHS and BJHS), the genetic fault that has caused the faulty collagen remains constant. It doesn't change. It doesn't progress in a medical sense of the word. But the symptoms can get worse. The level of disability can progress. Mine got worse. Lots worse. I deteriorated from a 20 year old with a few quirks and vulnerabilities, to a 28 year old wheelchair user, retired on permanent ill health grounds, with unstable joints throughout her body and who struggled to hold a conversation or eat. With the benefit of hindsight and everything I have lear 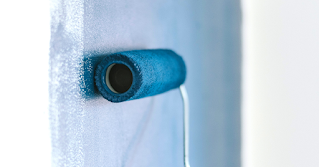 Is it my achievement if I didn't do it?

As a disabled person, getting help with stuff used to feel like I failed. Everyone else could have done that themselves. Surely I should have been able to do it too. Over time, however, I've learned that it's OK to get help. And if I organise or problem solve it or contribute to it in some way, then yes. It is absolutely my achievement (alongside theirs). Last month I hired a cleaner for my bathroom - after 6 months of not having one....and cleaning the bathroom about twice. (Yuk. I know. But that's the reality of being disabled and temporarily not having the cash for cleaners!) Now the bathroom is kept clean. It is marvelous. And it is my achievement because if I didn't hire them the cleaning wouldn't happen. It was bought home to me further this weekend. My back room (that was my office) needed repainting. I didn't paint it personally - I paid someone else to. Part of me will always say 'but you should have done it yourself and saved the money'. But I